The meaning of Jyväskylä. Youth work practices in the Middle Finland (2016–2019)

This will be a large-scale project, and probably the final case of my career as a youth researcher before my retirement.  The project aims to document a development process comparable to that described in the book Miksi nuorisotyötä tehdään? Tietokirja nuorisotyön opetussuunnitelmasta (”Why youth work is done? A manual of a curriculum for youth work”), authored by Tomi Kiilakoski, Viljami Kinnunen and Ronnie Djupsund (published in Finnish by Humak University of Applied Sciences & Finnish Youth Research Network in 2015). Originated in the town of Kokkola, the development process depended largely on the commitment of youth workers themselves. The process lasted for over four years, and it still continues in five towns and cities (Kokkola, Oulu, Tornio, Hämeenlinna, and Kouvola), under the name NUPS3.

The Meaning of Jyväskylä is a project currently in the starting phase. Involved in the project are the city of Jyväskylä, the Finnish Youth Research Network and Humak University of Applied Sciences. Later on, if the project receives funding from the EU Horizon 2020 Programme [CULT-COOP-06-2017: Participatory approaches and social innovation in culture], the project network will be complemented by  Helsinki Metropolia University of Applied Sciences, University of East London, as well as the youth-work branch  from the Department of Pedagogy of Tallinn University in cooperation with the Baltic Film Institute. The core of the project are The City of Jyväskylä’s Youth Services, and we are looking for a way for the Jyväskylä-based Art Workshop for Young Adults (Nuorten taidetyöpaja) to join the process.

The methodology of the project uses a practice-based approach, in an innovative and unorthodox way (as  typical of my all earlier projects). The project has started with exploratory workshops, which adapt methods used in supervision of work. Researchers in the project will organize the start of the professional development work. The directions the project takes will be defined by how youth service professionals manage themselves to make the project part of their work. [In Kokkola, after the initial third of the project, when more sustained funding was received (from the Regional State Administrative Agency), the project was coordinated by an community educator and youth worker.]

Practice-based methodology means a flexible and inventive way of collecting data in interaction with workers in the field. Researches monitor and observe, moving  with youth workers and looking for professional perspectives and practices, through which the field of youth services can be understood. In this way, we will look for youth workers’ own pedagogical procedures and methods, as well as perceptions and illustrations of their core tasks. The project goes under the working name “Colouring book of youth work”, comparable to the umbrella term curriculum for youth work, which was used in the Kokkola process. Colouring book is a metaphor, as we also deal with illustrating the tacit knowledge of skilled youth workers, as well as giving words to such work-related matters that have not previously been conceptualized. Drawing or colouring also means conceptualizing things.

In this project, developing refers to making the work processes of youth work visible in collaboration with youth workers themselves, using – as said - practice-based approaches. The aim of the process is that youth service workers learn to understand their own work in a new way, becoming aware of the modes of work and work methods both individually and as a working community. The researchers aim to document the findings and create a theory in use stemming from each work community at the youth services in Jyväskylä (cf. Chris Argyris: On organizational learning. Oxford Blackwell, 1993).

A special question of the project is, what youth orientation means in youth work. This question will be tackled with the innovative approaches of applied ethnography. This section of the project is researcher oriented (researcher centred). The actual research section resembles classic anthropological field work, as well, where the researcher is actively in the field (this is, living in Jyväskylä one to three weeks per month).

The research circle of the project focuses on how youth service workers see youngsters in the core of their work. We also examine how young people’s life situations are understood in the core of youth work.  We aim to describe the practices, tasks and working methods of youth work – how and which young people are seen in each youth work mode and method. A further research interest could be whose youth work we are dealing with, and what the growth of young people means. Back in the old days, young people were associated with cultural change, criticism and testing boundaries.

In the project, we will also study young people’s arenas that drift beyond the institutional fields of youth services. We will look into different life contexts and social worlds of young people living in Jyväskylä. Youngsters can be roughly divided into two groups: First, those who participate in activities organized by youth services and other institutional frameworks (youth house work, school youth work, youth organizations, art workshop, etc.). Second, there are those whose activities take place outside these organized forums (in petrol service stations, shopping centres, public libraries, commercial and other free-time activities, party scenes, and other interfaces). In addition, we will pay attention to families as places of upbringing and growth (that is, parenting and the impact of local communities on the socialization of youngsters). All these three arenas will also be examined from the point of view of what pedagogical forms are present in the different social worlds and fields. To give one example, what does the pedagogy of a sports club coach look like when observed in the context of youth work?

In the researcher-oriented circle, which deals with the social worlds and pedagogical fields, we will apply observation and participant observation as well as focus group and individual interviews. The project will make maximal use of quantitative secondary data. At least one school enquiry will be carried out, using the form model that was created in Kokkola. In addition, the project will encompass an art pedagogical project called “My Jyväskylä”, including a local art exhibition. The art project will require sociocultural enthusiasm, resourcefulness and shared understanding of the importance of the project, as well as success in finding funding.

Information collected in field research will be brought to workshops of youth workers (which connect the two circles of the project). The project will result in several articles and books. The first publication will be a book by 28 authors, edited by Johanna Kuivakangas & Tommi Hoikkala, to be published in November 2016 by Humak University of Applied Sciences in cooperation with the Finnish Youth Research Network.

The project researchers will be Research Professor Tommi Hoikkala of Finnish Youth Research Network and Senior Teacher Johanna Kuivakangas of Humak University of Applied Sciences. The Meaning of Jyväskylä will be part of Research Professor Hoikkala’s research project “The lovely and miserable Finland: How we raise our children and youngsters”, which started in 2008 after two school shootings that took place in Finland.

This is the plan. The lively process of life, development and research will show what will happen. 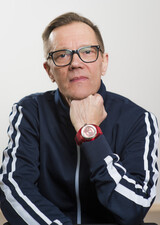