Reform schools have been part of the Finnish child welfare system for over a century. The Government’s Programme to address child and family services (LAPE) will reorganise the most demanding child and family services requiring special expertise. Reform schools are part of this service package, so LAPE and the National Institute for Health and Welfare asked the Finnish Youth Research Network to study the position and tasks of reform schools in the future.

Elina Pekkarinen: Koulukoti murroksessa ("Reform schools in change") was published in Finnish by the Finnish Youth Research Society in 2017. 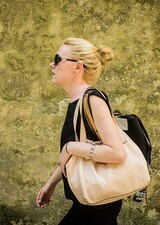