The title of the final publication in English:

The Kaikki käy koulua (Everyone goes to school) project is a gross-administrative prevention model for students dropping out of school and their social exclusion, which was launched in Helsinki in 2009. The most visible operational platform are the groups of girls and boys that are part of the official school (which is unusual to the cooperation methods of youth work and school): an elective subject offered in eight and ninth grade. The instructors include a teacher and a youth worker, and, in some cases, a social care worker, school welfare officer or psychologist may join the group as a third instructor. Educational partnership (see Kiilakoski 2014) has been taken to a level, where all the parties share the responsibility of the planning and implementation of the work and its success. The work has already spread to several cities.

Over the years, the problem has been that everyone likes the operations, but it has been challenging to prove its impacts. For the completed evaluation study, about twenty young past participants were interviewed. Instructors and the developers of the model compared the experiences of these young people with their own experiences and also considered the impacts of the operations more expansively, in relation to the school community and the society. Discussions with the management focused on the future: how can the resources for support structures of multidisciplinary group working also be secured in the future. The evaluation study was performed with a development-oriented approach. This means that the qualities of the operations, as well as factors enabling it were assessed during the work.

The basis of the work is a thinking model that is currently called positive identification (see e.g. Kallio et al. 2015). According to the evaluation, the groups offer the young people an equal discussion platform, where they can both give and receive help. The young people are not only there to receive help, they also help others. The young people have learned the ability to cope (see Rimpelä 2015), as well as various other capabilities. They have also expanded their networks, built trust in themselves and others and received concrete help for solving many various problems and seeing different opportunities. However, change or growth is not only sought for the young people: the adults have also become more skilled at facing young people during the operations.

Multidisciplinary, long-term and school-connected group working is, as such, a rarity. The operations have brought adults into a new role right beside the young people, and it has also helped the instructors grow. Leading the group has increased understanding towards the young people and the work of other professionals. The multidisciplinary networks of the instructors have expanded, thanks to the group, and cooperation with local operators has increased. An established operational model brings notable added value: time does not have to be spent on experiments. The operations make the life situations of the young people more visible, forcing people to wonder why the applied everyday basic practices do not make it easier to pay attention to others.

The most central development needs discovered through the evaluation were linked to forming the groups, such as presenting the operations to the young people extensively, and recognising the young people’s need for support, both when forming the groups and during the operations. On the other hand, there are many challenges in ensuring that the groups communicate, and these challenges should be discussed more openly, both with the instructors and the young people. One of the study’s results was an evaluation model, which, in the future, can be used for monitoring the quality of group operations and documenting their impacts. The basis for creating the evaluation model was the critical re-reading of previously utilised surveys in the light of the new results and highlighting the multifaceted nature of the evaluation.

More information about the model in English by city of Helsinki. 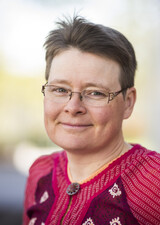