Back to main page

The aim of this book is to understand those complex life course mechanisms and processes that have led 78 athletes and 29 young artists to success in 2000s Finland. Besides the successful athletes, the researchers looked into the dropout of 18 particularly promising athletes. In addition, 20 multicultural athletes were studied to highlight the particular challenges arising from a multicultural background.

The majority of the interviewed athletes and artists had been born and raised in Finland; hence the study’s perspective is predominantly domestic. Many of the athletes had continued their careers abroad after having reached the top, yet the essential events of their life courses are located in Finland. The vast international literature on career research of athletes, used along with the research data itself, complements the domestic perspective. As to the artists, the researchers have mainly drawn upon domestic research knowledge.

In this study, the life courses of athletes and artists are reviewed in parallel. Consequently, the reader enjoys a broad insight into the growth and development of Finnish elite athletes in the late 20th and early 21st century Finland. The same applies to the young successful artists, whose life phases are studied from childhood until the present. This study is unique in the international context, as the researchers were able to reach an exceptionally large number of the best Finnish athletes and artists of different fields.

To the full text pdf
The book is also available in print format.

Mikko Salasuo and Mikko Piispa talk about the backgrounds of the publication.

Back to main page 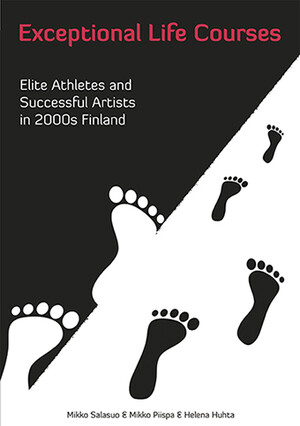